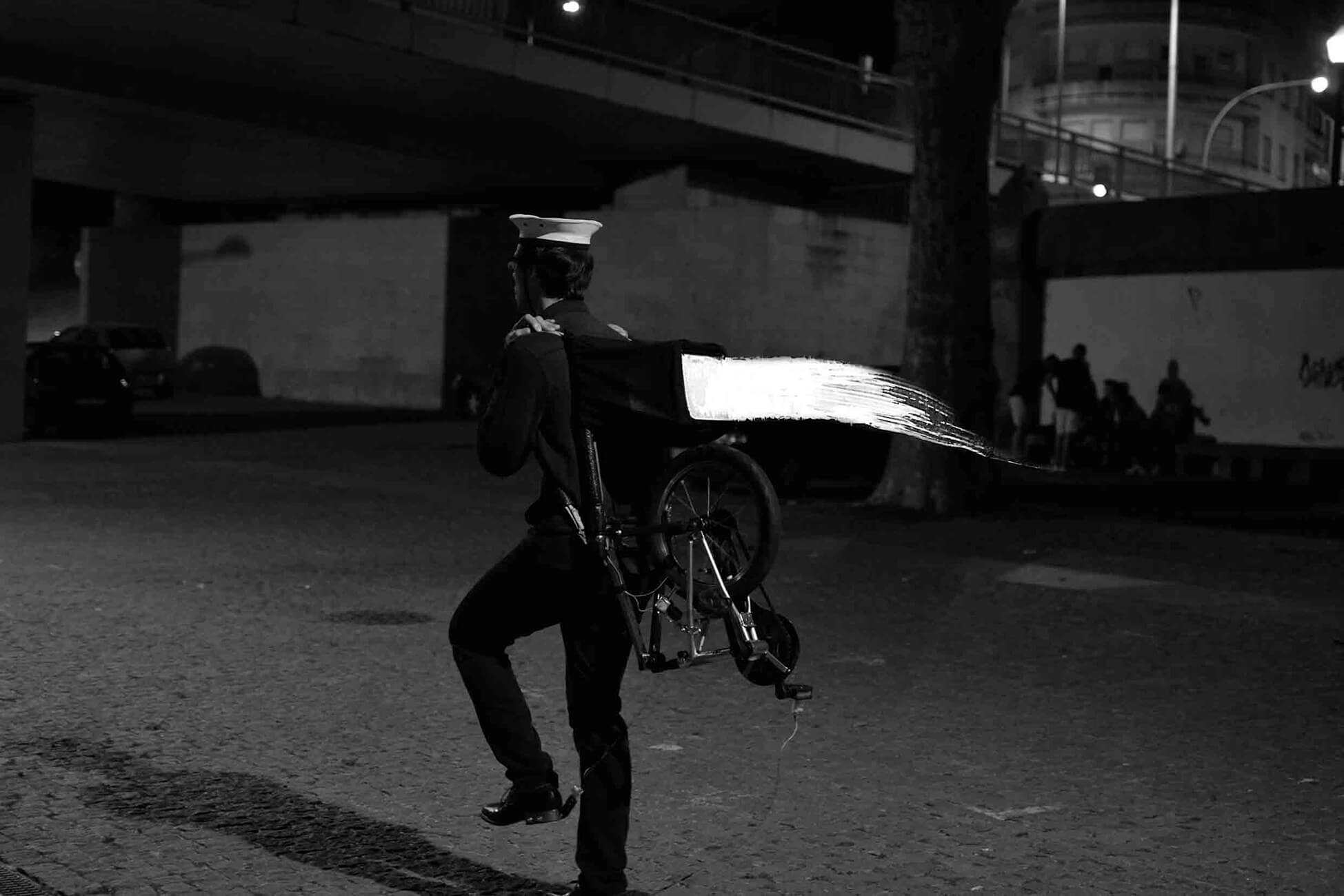 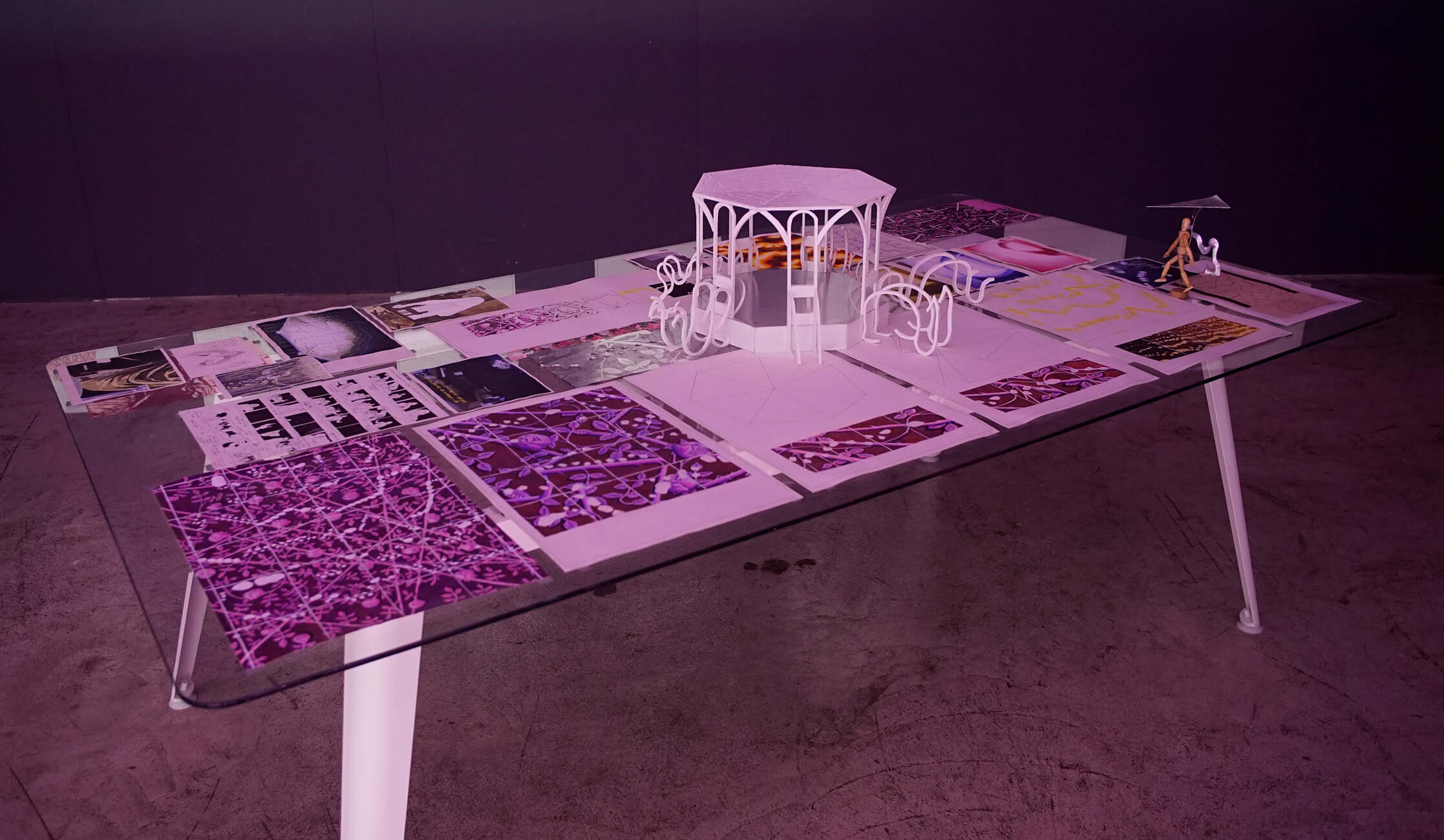 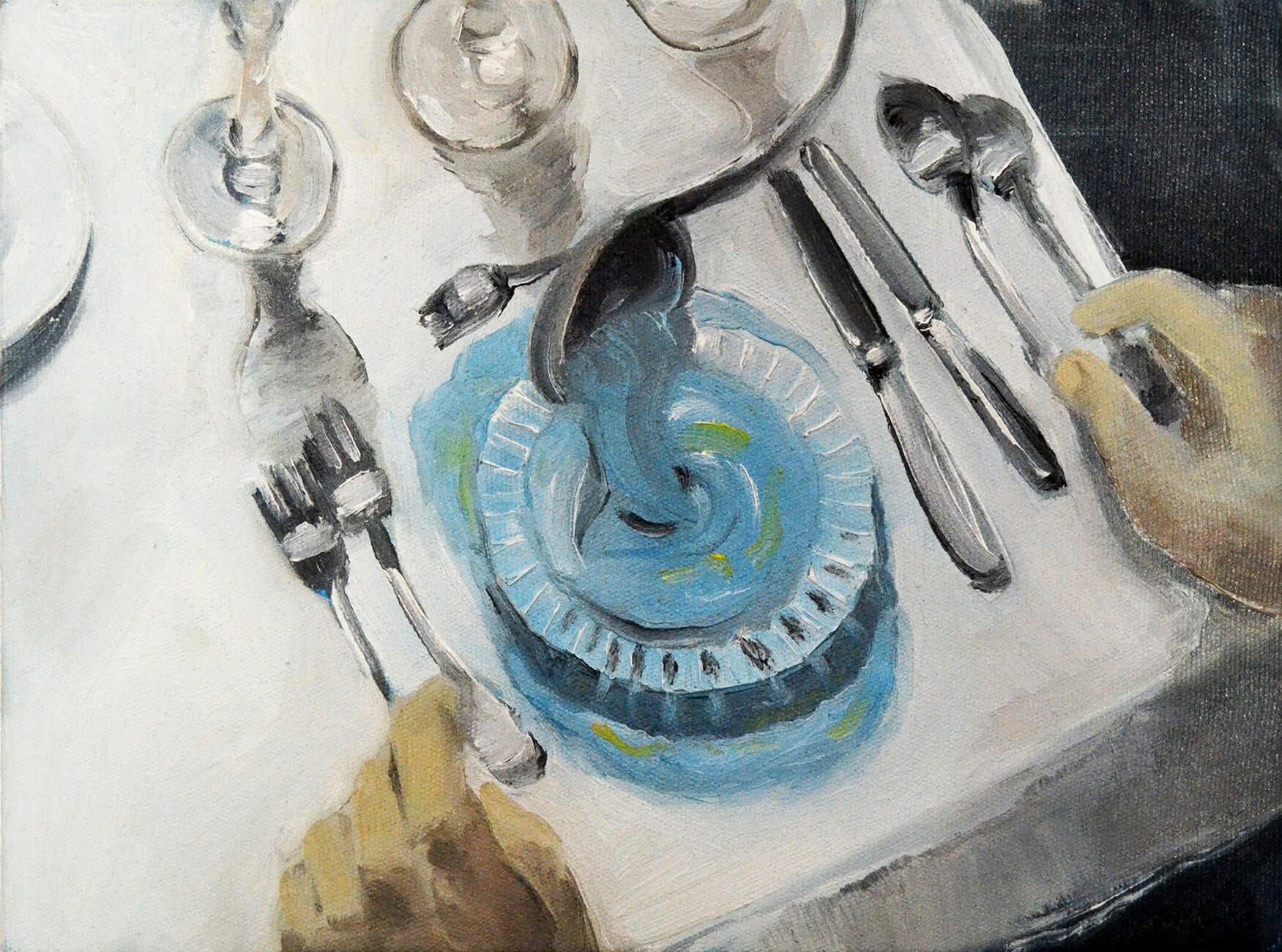 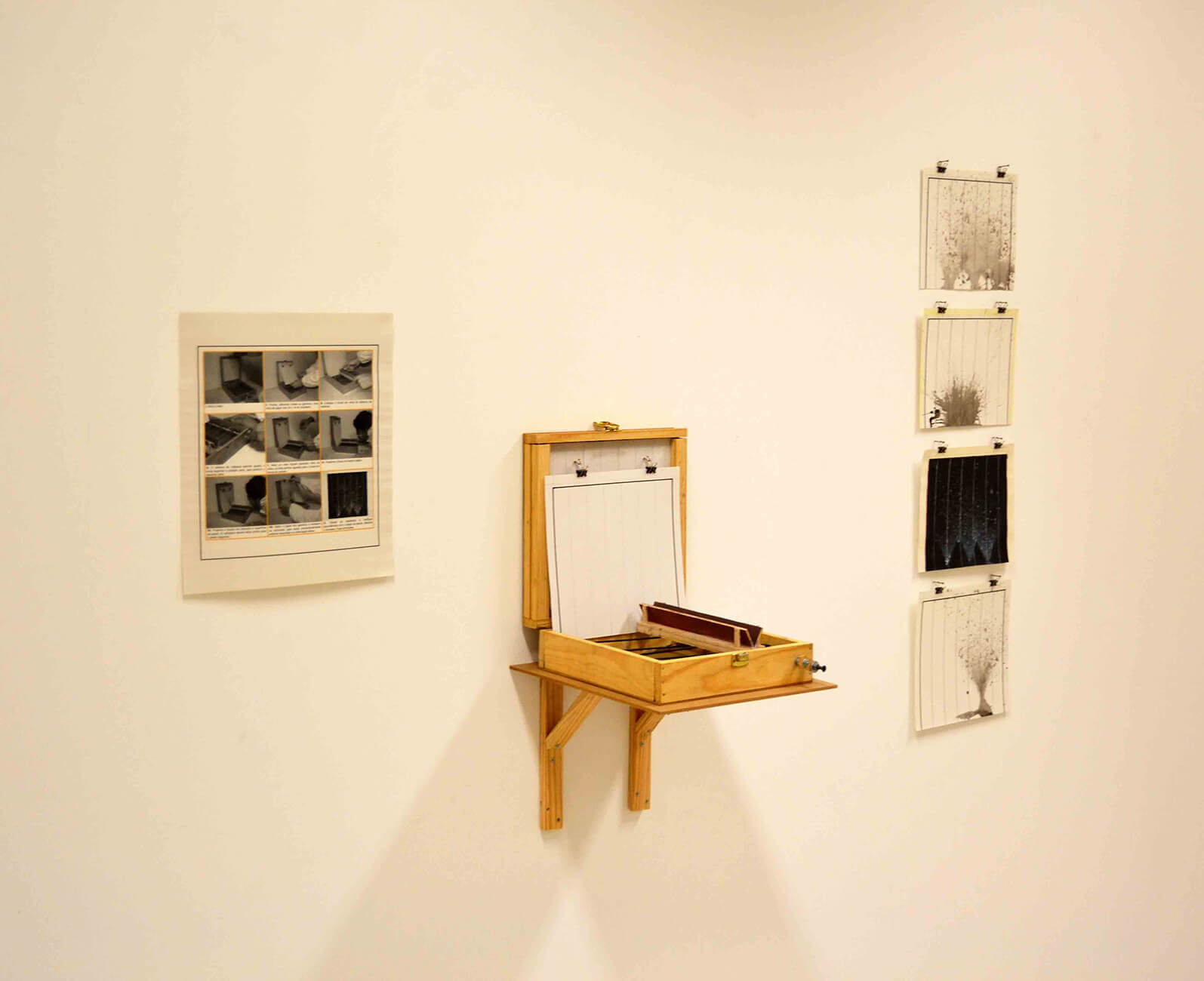 Tiago Madaleno (1992, Vila Nova de Gaia, Portugal) has been developing a theoretical and practical research about the inherent dynamics between pictorial images and performative contexts. He explores fiction using a multimodal approach, in which images dialogue through different mediums as a strategy to expand their possibilities. He reflects about the speculative dimension of the event’s memory, as a strategy for both preserving and re-enacting the document’s original content.

Tiago obtained a Master Degree in Painting (2014-2016) at the Faculty of Fine Arts – Porto University (FBAUP). He graduated in Visual Arts – Painting (2010-2014) at FBAUP. He was the winner of Novo Banco Revelation Prize 2017 and was awarded with the Viana de Lima Prize/Esposende Municipality for the Academic merit on the Master Degree in Painting in 2016. He exhibits regularly since 2014. A selection of solo exhibitions includes “Clepsydra”, at Serralves Contemporary Art Museum, Porto, curated by Ricardo Nicolau and Filipa Loureiro, 2017-2018; and “From Mouth to Sprout”, at Lugar do Desenho, Júlio Resende’s Foundation, Gondomar, 2016. Among his collective exhibitions the most relevant are: “Wrong Way Up”, No Entulho #1 at Artworks, with a text by Inês Moreira, 2018; “,” (coma), at Galeria Painel, Porto, with catalog, 2016; “Cubiculum Mirabilia” (work collaboration with José Costa), at Geological Museum of Portugal, Lisbon, 2016; “Complexion I”, at Laboratório das Artes, Guimarães, 2016; “Reunião”, Palacete Pinto Leite, Porto, 2015.

While in residency at Air 351 Tiago Madaleno will focus on a research for the production of a new work. He intends to develop a project that follows his recent investigation around the appropriation of other authors’ narratives, looking to find in their biographies and stories, symbols, gestures that triggers for new images and fictions. Through the use of a multimodal approach, he wants to reflect on the medium as a mnemonic tool and on appropriation as a documental strategy. In this case, through painting, storyboards, writing and models, he will focus on the development of a fictional performance about the philosopher René Descartes.